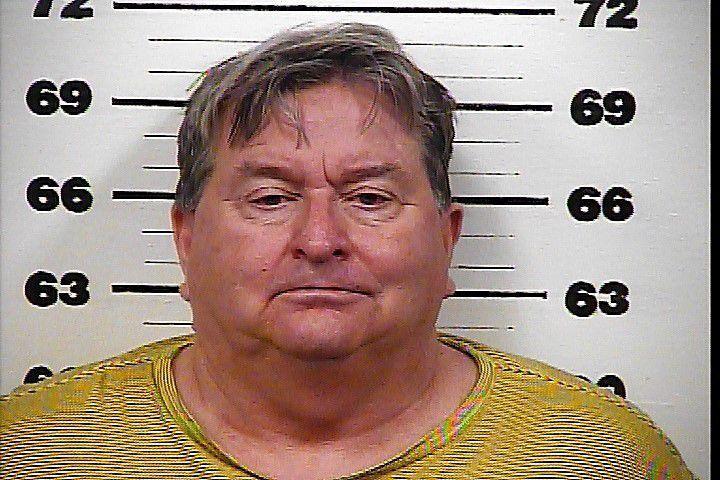 Following a day-long trial Thursday Kim Alley was found guilty of one count of money laundering in connection with a failed investment plan involving two siblings and a friend in 2014.

Alley, 67, 210 Clifton Street, Rogersville, was originally indicted in 2018 on charges including money laundering, theft over $60,000, and two counts of improper business practices.

White claimed that the dates on the indictments didn’t coincide with dates of the crimes alleged in the testimony of prosecution witnesses.

Judge Alex Pearson dismissed the theft and improper business practice charges, but kept the money laundering charge, noting that the dates on that indictment were close enough to the alleged time of that crime.

It took the jury about two hours of deliberations to find Alley guilty of money laundering, which is a Class B felony punishable by 8-12 years.

Investigators testified that Kim Alley initially used $8,000 of Greg and Erma’s money to pay private attorney fees, and ultimately only invested $110,000 of the $139,000.

When pressed by Hinkle during cross examination what he’d done with the other $21,000, Kim Alley failed to offer an explanation.

TBI and FBI investigators pointed to multiple withdrawals from a business account Kim Alley had created for these investments to his personal account.

Gregg Alley passed away in 2020, but his wife Erma offered emotional and tearful testimony, stating she and Gregg trusted Kim with their money. Erma said Kim promised to make her “a rich woman” through the investment.

As months passed, however, they never received statements about their investment and asked Kim for their money back.

Investigators testified that Kim created an email address to receive Gregg and Erma’s investment statements without their knowledge, and had also moved money without knowledge using a forged electronic signature.

A bad investment but not theft

Alley’s sister Kandy Hobbs and longtime friend Dana Cook also invested in the plan, as did Kim Alley who put in $85,000 himself.

Cook and Hobbs both testified as defense witnesses that they blamed the investment company, and not Alley for their losses.

Kim Alley testified that prior to making the investment he’d been shown records that the investment had gained 40 percent and 60 percent in the previous two years. He said he was assured that there was a 10 percent cap on losses.

If losses reached 10 percent their remaining funds would be returned.

What he didn’t realize until later was that the “fine print” required their money to remain invested a minimum of six months. By the time they were able to retrieve their money they had lost heavily.

Investigators produced records that Kim Alley was only able to receive $105,000 back from the overall investment.

Kim Alley testified that it was a bad investment and everybody lost money, but it wasn’t theft.

The most damning evidence may have been text messages between Erma and Kim in late 2014, with Erma repeatedly asking for her money, and Kim saying the funds would be available soon.

Erma testified that eventually after months of texting back and forth, and being assured her money was coming, Kim stopped answering his texts.

When asked by Hinkle why he didn’t just tell Gregg and Erma the money was lost, Kim testified that Gregg had threatened to kill him three times.

Hinkle asked Kim Alley why he didn’t take the total amount of the investment which was recovered and divide it among the investors based on the percentage they contributed.

Kim Alley didn’t offer an explanation, but Hinkle suggested that he paid himself and the people closest to him first, including his sister and his friend.

In his closing argument White acknowledged that Kim Alley’s investment plan was “a mess”, and his communication with his co-investors was “less than perfect”.

White noted, however that Alley “had skin in the game” and he lost money along with the others.

“If you think it’s a mess, I don’t blame you,” White said. “But is it theft? Nobody came out with the money that they started with. How is that a theft if everybody lost money.”

In her closing Hinkle said it was theft because Kim Alley took money from Gregg and Erma to invest, but used some of that money for his own personal use.

She said most of the money that was returned from the investment went into Kim Alley’s pocket.

“Why did you feel you could take money that belonged to a fund and use it for your own personal use,” Hinkle asked him during her closing argument.